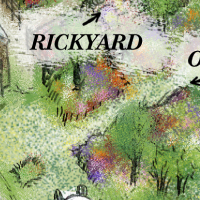 Lying with the Long Barn at one end, the Nursery Garden and Orchard on either side, this is best approached from the back of the Long Barn.

A large oil jar in the centre surrounded by four rose beds. Seven varieties of clipped evergreens, made into different shapes frame Embothrium coccineum and many highly coloured flowers which change over the season. 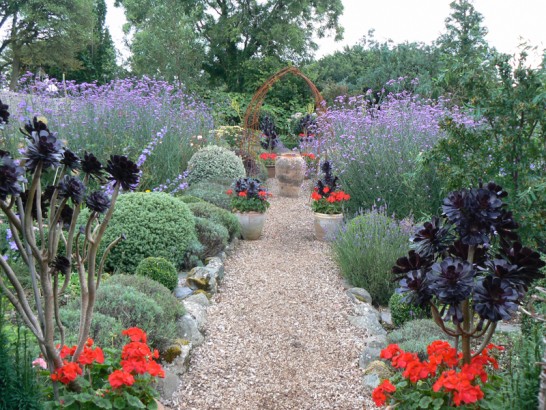 In the early days this was a nursery garden for plants before they moved into the garden ‘proper’ and an overflow for vegetables. It took a lot of cultivating. Enormous quantities of stone to move which would have supported the hayricks but with fertile pockets where the cows had dunged the ground in early Spring. 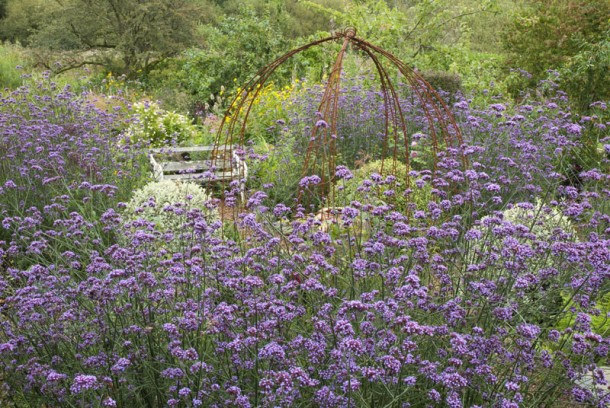 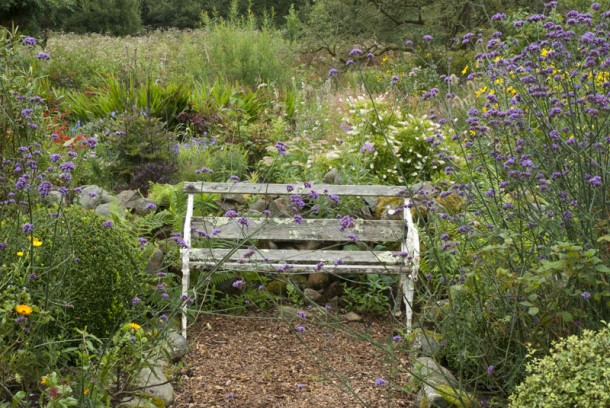 I try to concentrate on high colour within clipped formality here – with some pale tones to set it off. Again, there are changes over the season starting with massed tulips in the ground and in pots followed with bright orange Embothrium coccineum then dark purple Aeonium urbicum Zwartkop with scarlet Pelargoniums, Tagetes Cinnabar and Verbena bonariensis. 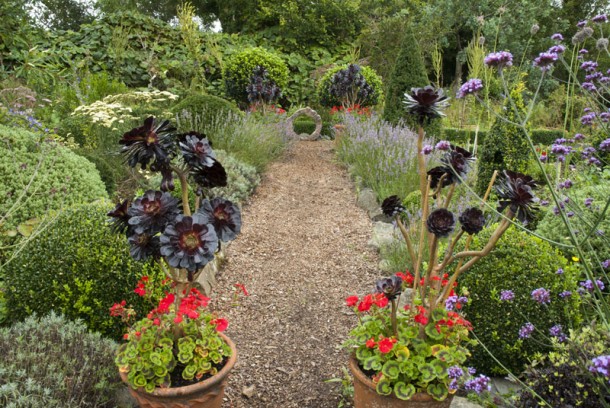 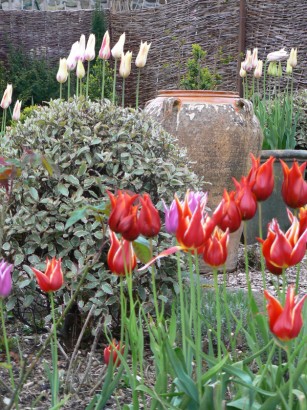