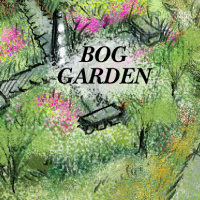 The stainless steel obelisk – rising out of the mud, monolithic stone seats and slate slab paths  to keep you from sinking. Pre-historic plants making masses of snake-like roots.

Rising high above are huge spreading leaves all expressing the fecund lushness of bog conditions. Some flowers and spathes are lurking here too. 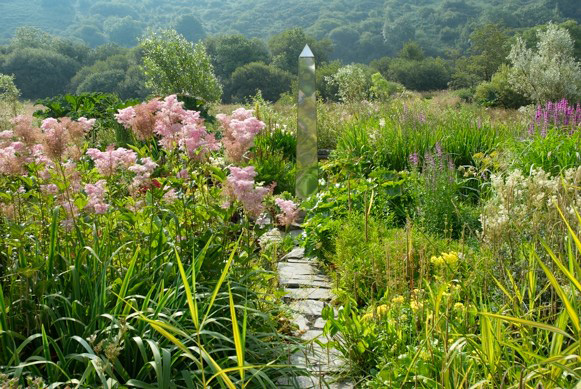 The Bog Garden was made to try and ‘pull’ the garden out from its rocky habitat into the landscape beyond. The obelisk acts as a ‘fixing point’, it has varying circles up its length and distorts reflections very satisfyingly; except for that of moonlight which makes the shiny steel gleam. This is the most frustratingly difficult part to garden in any conventional sense (you cannot weed without simply removing the top soil, for instance). Planting is on two levels – directly into the bog or into raised pockets of earth contained in stone or wood  to get roots out of the immediate mire. 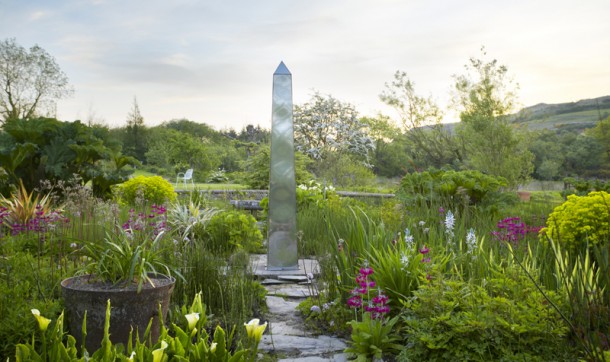 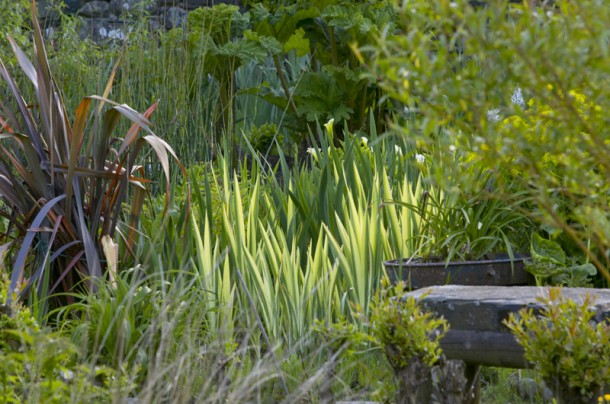 First plantings of Astilbe varieties and Gunnera manicata simply found it too wet, as did the encircling willows. There were many failures, all instructive. But given some shelter Phormium flourished. I tried it after I was told it grows in wet places in its native New Zealand. So does Astelia, surprisingly. I now want to steer the Bog Garden into being its own community of plants and interfere with a light hand only. At times this is the best part of the garden to my mind, mysterious and overwhelming. 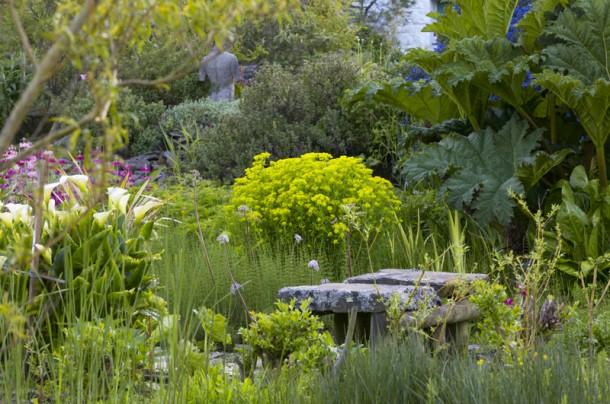 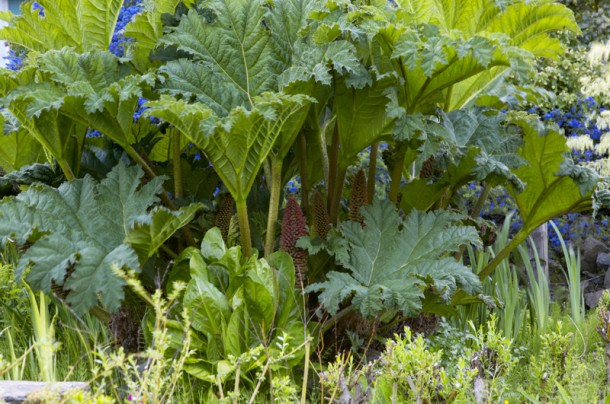 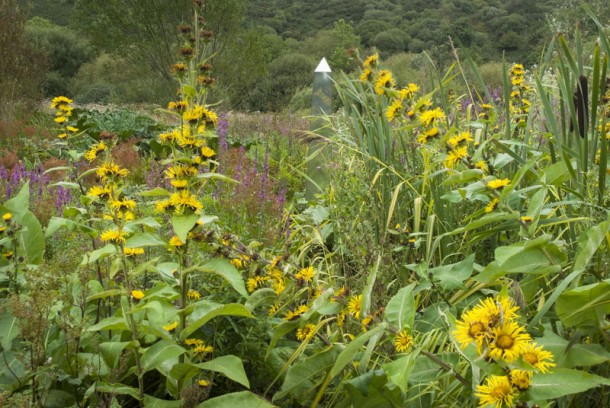 Bog Garden Plant list
This entry was Evented in Area. Bookmark the permalink.